With the Messenger Snapchat, the interesting thing is that a "snap" is only visible for a short time. After an image, video or a statement has been sent, this is visible to the receiver only for a short time, after which it is automatically deleted.

However, you can also back up such messages in Snapchat by creating a screenshot.

Now you may ask yourself the question: How can I see in Snapchat, who made a screenshot of my message (Snap)?

We explain to you briefly how to recognize this very quickly. 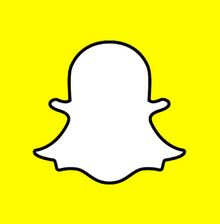 If you are in Snapchat within a private chat, you can see the message "... has taken screenshot" in the course of your messages. This means that your friend has created a screenshot of your snapchat message and stored it.

Using a symbol to recognize a screenshot has been taken.

A Snapchat symbol also shows that a screenshot has been created. The symbol consists of two arrows pointing to the right and left and stacked on each other (similar to a misshaped star). If this symbol appears in your history, a screenshot was taken by the other party.

Now you know what you can quickly see in Snapchat, whether a friend or friend has made a screenshot of your snaps.