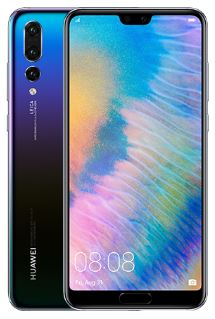 3. Press and hold the app until it moves on the home screen

4. Drag the app over the other app, which should also be in the new folder.

If both apps are on top of each other, you can now let go of the app. a new folder will be created automatically.

This folder now contains the two apps. A folder must always contain at least two apps, otherwise it will be resolved.

You now know how to create a new folder on the Huawei P20 Pro start screen.